Grain-souring a Gose the natural way

Goses are essentially wild ales--they get their important qualities from Lactobacillus--so the decision about how to sour the mash is the first and most important consideration.

- The Secrets of the Master Brewers, Jeff Alworth.

I recall reading that several years ago, and feeling drawn to it on a point not only of flavour - for my experience of goses back then was minimal - but also of process.

Since that time I’ve had the chance to sample quite a few goses. Most recently in Bangkok at SEA Brew (where Fal Allen, author of the 2018 Gose: Brewing a Classic German Beer for the Modern Era presented on the style, and where plenty of Anderson Valley goses were on hand), but prior to that in Belgium and Amsterdam (I mentioned one at the end of this piece).

With more time at home recently (and soaring temperatures begging for refreshing ales), my mind returned to the style, and thoughts of brewing it. In particular I wondered if I could capture that soft tang and subtle, moreish salt lick of the European brews I tried. And if I was to try it, how would I sour it? Broadly-speaking the options are souring the wort prior to starting fermentation, or fermenting with a mixed culture. But the other question is where to get the Lactobacillus culture.

The passage in Secrets of the Master Brewers continues: “To make Bahnhof’s gose, Richter begins by cultivating lactic acid in his cellar from the naturally occurring bacteria found on the wheat… He then blends the acidified wort with a standard wort to achieve a consistent pH level.” OK - now this is very much in my wheelhouse.

Searching around for specifics on how to do a natural souring using grain turned up little but warnings of impending infection and doom - and advice to avoid the hit-and-miss “handful of grain” method. Most people seemed to be kettle-souring with a commercial culture - and at full volume too (so no blending). That makes sense - no-one wants to risk losing a batch of beer. But perhaps that also partly explained the (to my palate) slightly unbalanced acidity of some examples I’d tried.

And so began this experiment.

Mid-week (I normally brew at weekends), I mashed 5l of water with 1.6lb of pilsner grain on the stove in the kitchen, shooting for around 1.040 gravity. I also adjusted the pH of the mash down to around 4.4 using phosphoric acid (I read this helps prevent infection before the lacto fermentation begins).

After mashing, I gave the wort a quick 2-3 minute boil, then cooled it to around 40C, and poured it into a 6L plastic bottle onto which I could fit an airlock. I purged this with CO2 and tipped in 1/2 bottle of soda water (more CO2 - the goal here is anaerobic conditions), then added a cup of grain and attached the airlock.

Opinions vary as to the best temperature for a lacto-fermentation, but they tend to favour mid-40C to avoid the chance of infection with less good-smelling bacteria. I kept my little fermenter in a pot of hot water which I heated up as regularly as I could to around 45C. Ambient temperature was mid-high 30s, so the budding brew stayed warm.

Within a day there was an active ferment, and CO2 production continued through the weekend. Most encouragingly, the gasses coming off smelt good - grainy and healthy, not like baby puke (yep - I’ve made a pot of butyric acid before, so I was constantly checking this).

Come Sunday, I judged it was time to brew. Finally, without fear of contamination, I was able to test the soured wort - pH was 3.05, which seemed like it was within a reasonable range. I created a recipe including the amount of grain and water used in the lacto-presour, then subtracted those amounts when actually brewing (overall this was 50/50 pilsner and wheat malt). At the start of the boil I added in the soured wort. Boil was 50 minutes, with a small amount of Hallertau for a modest IBU charge at the top of the boil. I spiced conservatively with coriander and fleur de sel. 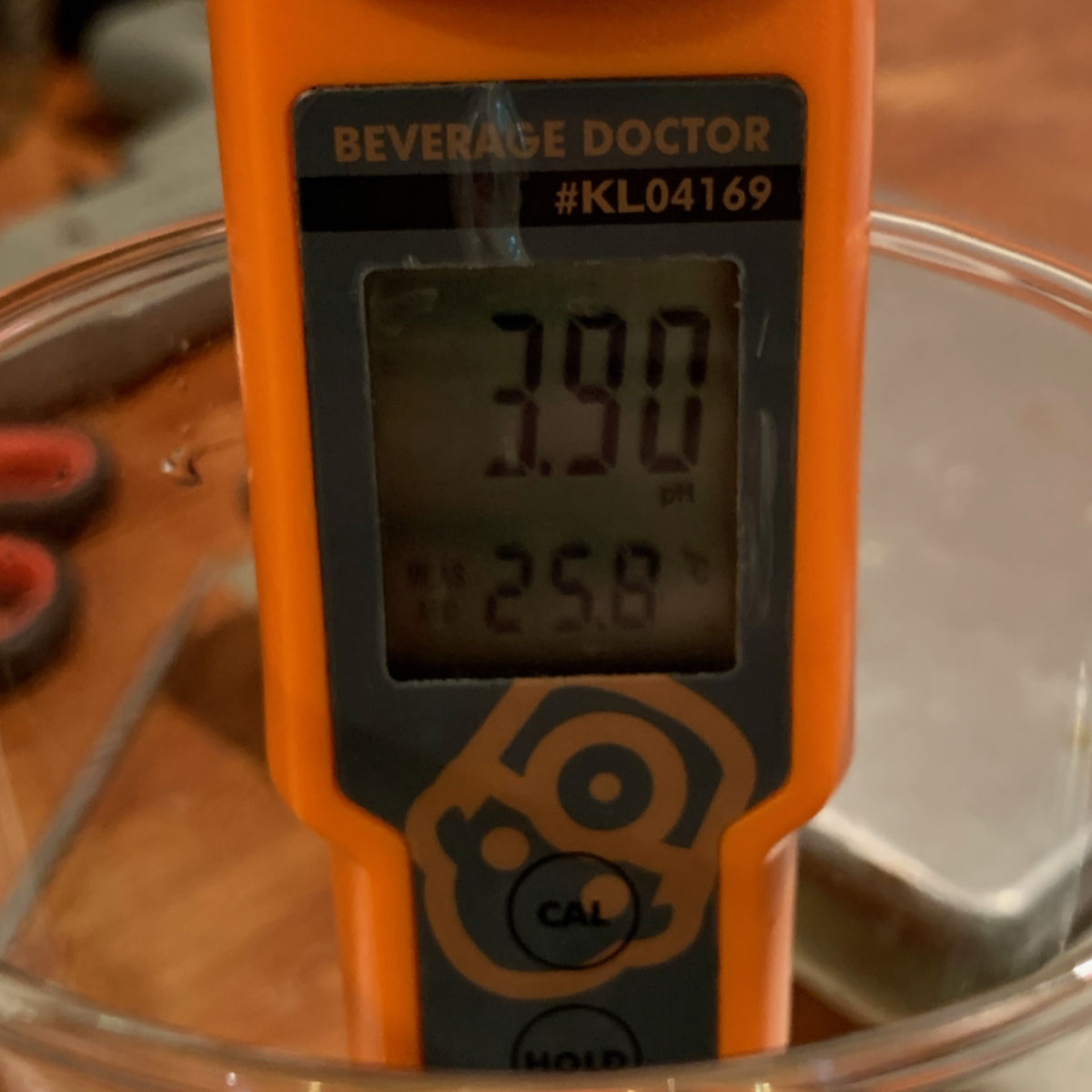 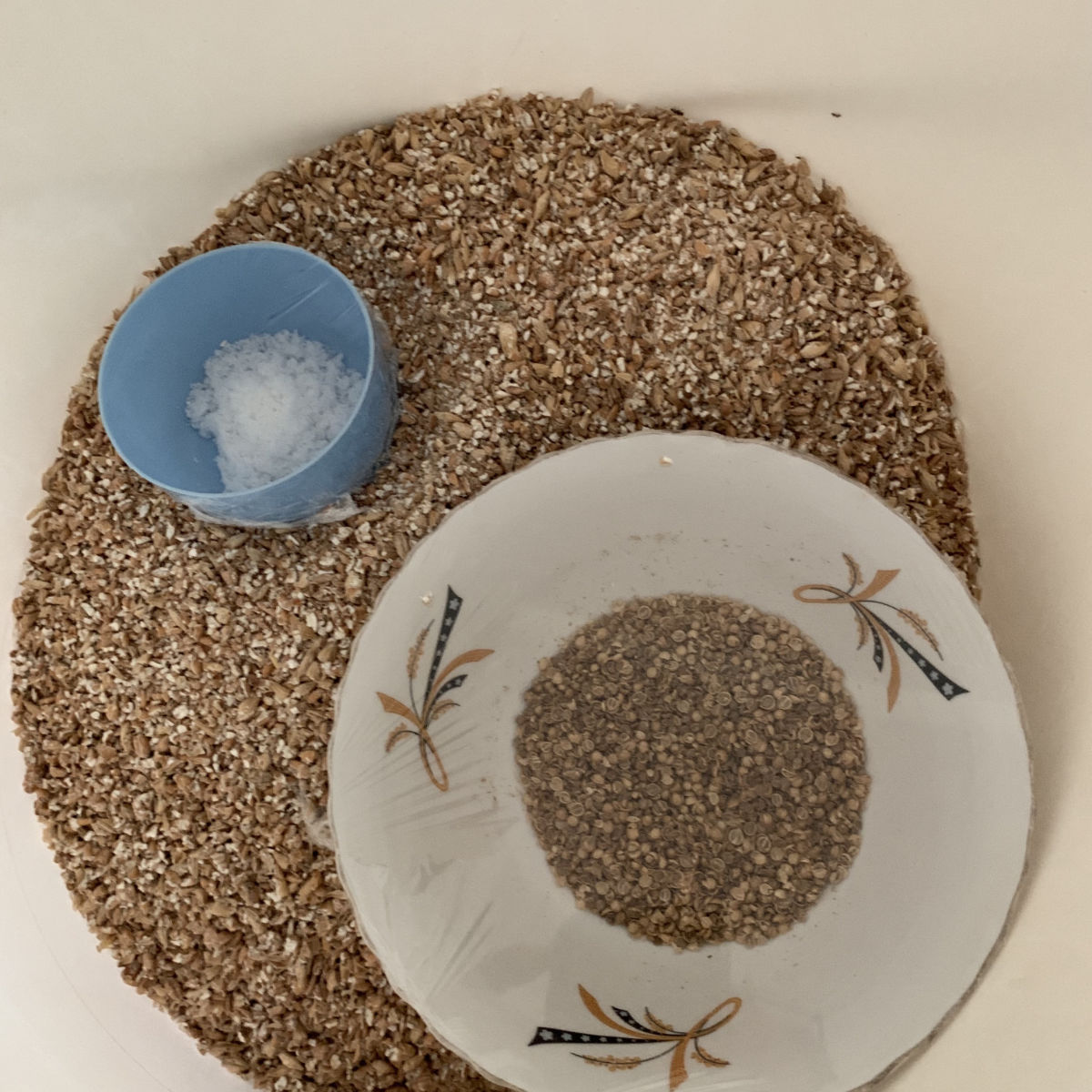 When the wort was transferred to the fermenter, the pH was at 3.9 - so considerably lower than a standard beer. I pitched LalBrew®’s newish Kölsch yeast. Unfortunately I didn’t read the recommended pitching rate on the pack (1g/L), so my pitch (1 11g pack in 20L) was low. However there was moderate activity in 24h and a vigorous ferment in 36.

Once fermentation was done (FG was 1.009), I cold-crashed for several days, and then kegged around 11 days after brewing. And the result? 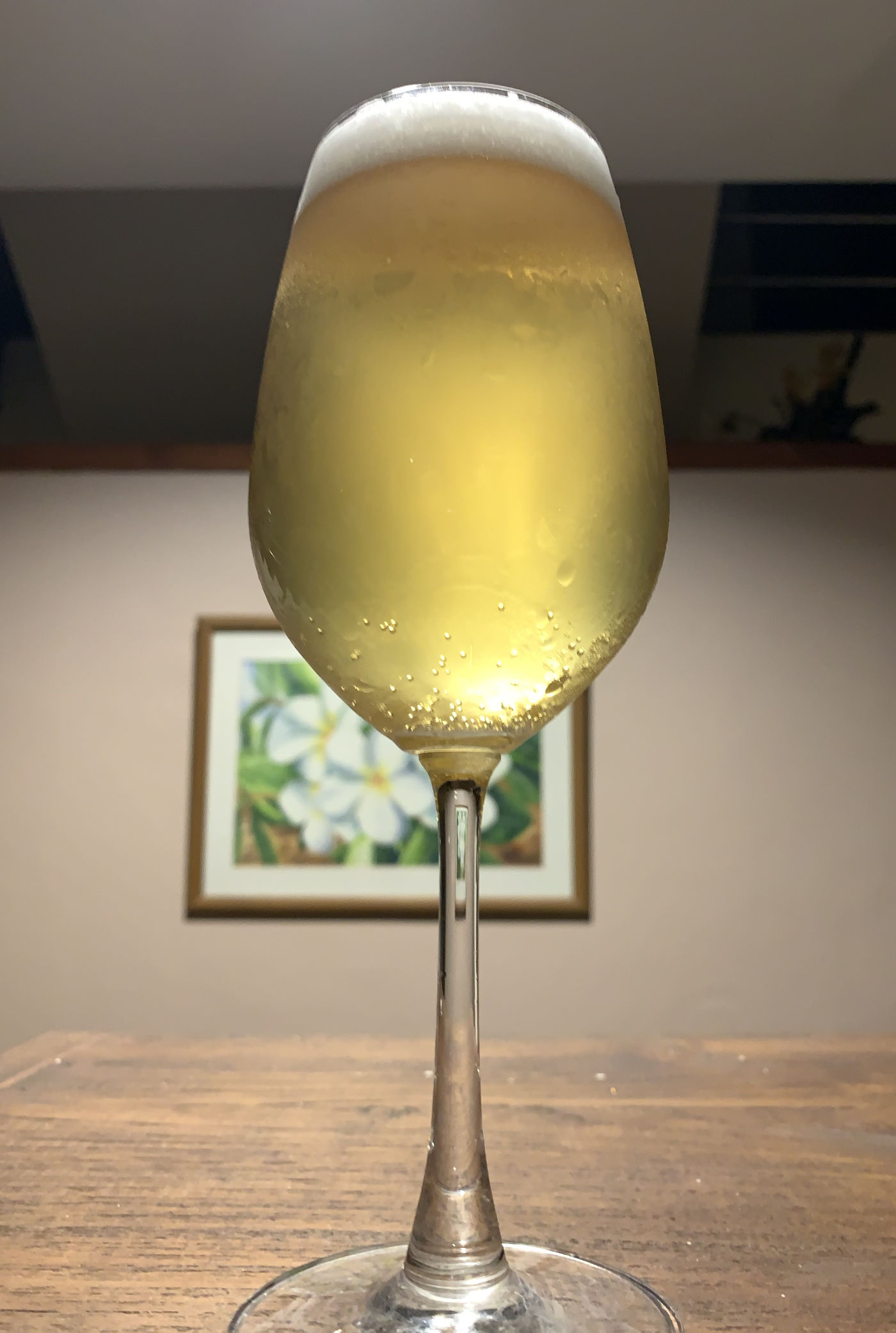 The beer is pretty clear already, with only a slight haze. It pours with a big white head, around a centimetre of which hangs around for while (and which leaves a gorgeous lacing). On the nose there’s a soft sweetness, though little coming through from the coriander. There is a surprisingly big, softish mouthfeel given the light colour, but it’s balanced by the almost fruity acidity. There’s a maltiness there too. I’m surprised by just how much flavour this packs - yet how very light and refreshing it is to drink. Then as it finishes comes the salt lick, subtle but encouraging you to take another mouthful.

Overall, I’m delighted by this. It’s hard to say if the grain souring is entirely responsible for the soft and big flavour, but I certainly suspect it contributes a lot. The process was a little involved, but I’ll be trying it again for sure.

What would I change? Well, as I mentioned, the coriander is lost. I’d either omit or add a little more. Salting was about right, though could certainly go higher. Mainly, though - and this is nothing to do with the souring aspect - I’d try to improve my extraction. I really undershot my OG (1.035 instead of target 1.047), so final strength was a rather understated 3.4%. I’m sure this is related to the high amount of wheat malt (I’ve similarly undershot on Witbiers before). So I’ll be looking at a finer crush and longer mash to try to improve that.

3 comments so far. Add your voice above.

Maybe I missed it somewhere in the post but is the 5liters of sour wort blended with 5 liters of wort that wasn’t soured?

I just found your site via a link on r/homebrewing and now have you bookmarked. I just have to Denver to check back for new posts!

Bill - thanks for the kind words.

The 5 liters of soured wort (which ended up being closer to 4l/1gallon after lacto-fermentation) was blended with a batch of regular, non-soured wort to make total volume around 5gallon/20L. So the soured proportion was approximately 20%.