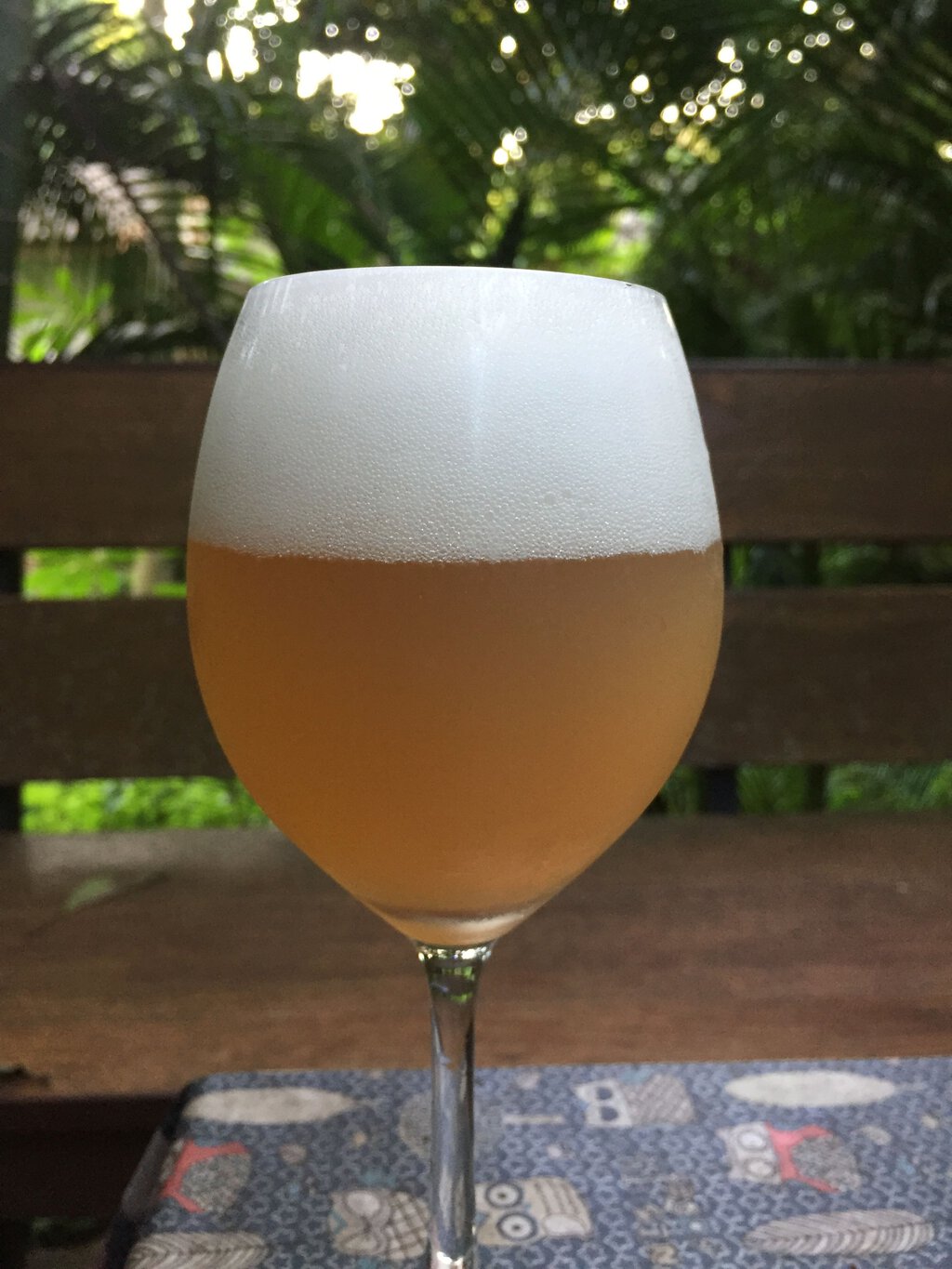 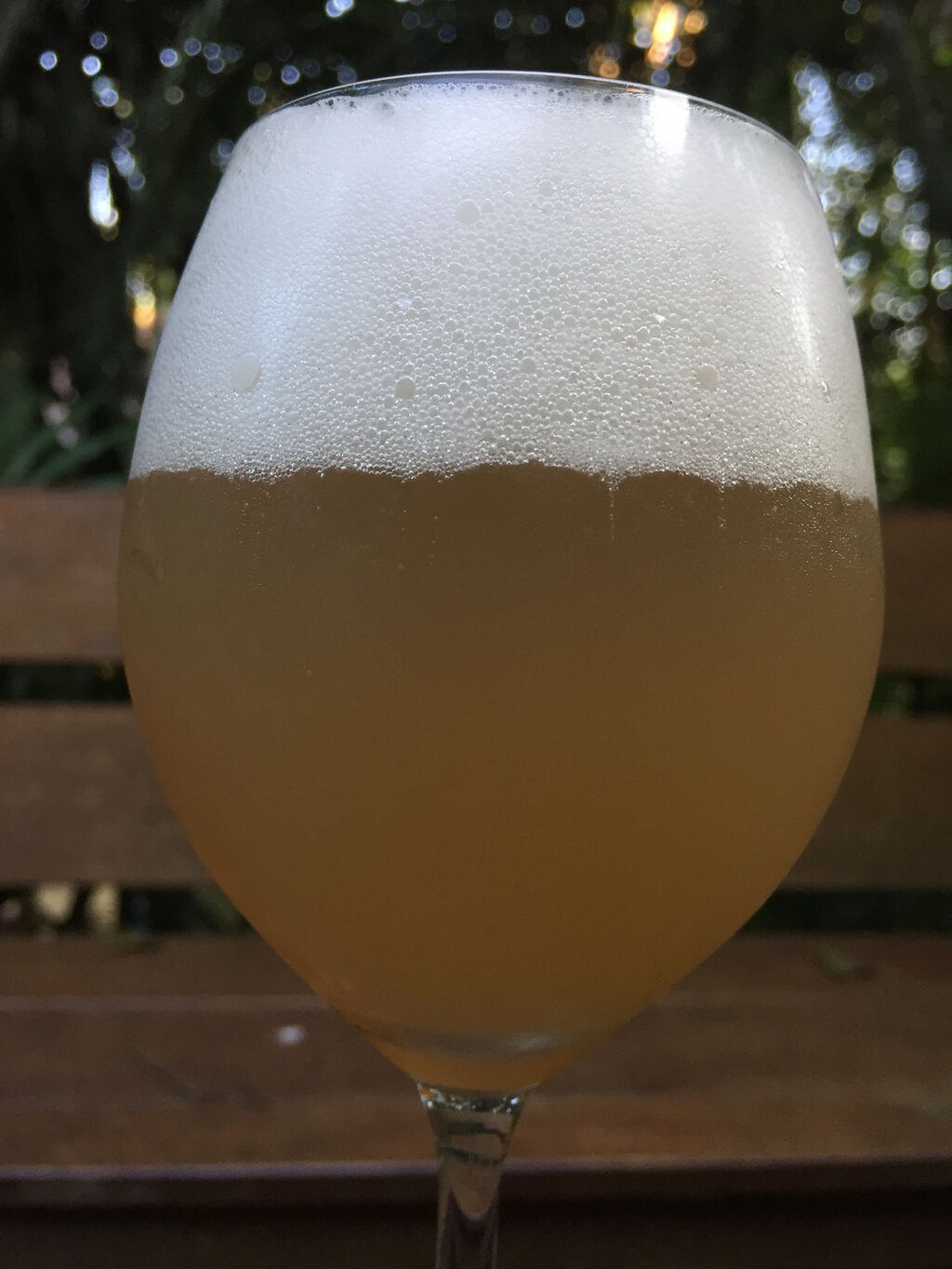 For the first time in four or five months, there was no fruit to pick up prior to mowing the lawn. This absence, this lack of interruption to the task at hand, put me in mind of that fervent brew session which finally pushed me to start these writings. As it happened, that event was exactly two months ago. While not one to succumb to fatalism, the circumstance seemed happy enough to celebrate with a tasting of one of the three remaining bottles. (Did you see that? - one, two, three, four, five…. it’s another sign.)

I selected one which had been conditioning at room temperature since bottling, and chilled it well. The pour was beautiful - radiant, blush colouring, with a full and fine head. The taste was tart and sharp, but refeshing, and the bubbles lent the draft a light, crisp mouthfeel. Something like the taste of cider with the liveliness of a sparkling wine.

I only wish there were more than two bottles left in the world. Still, there’s always next year…